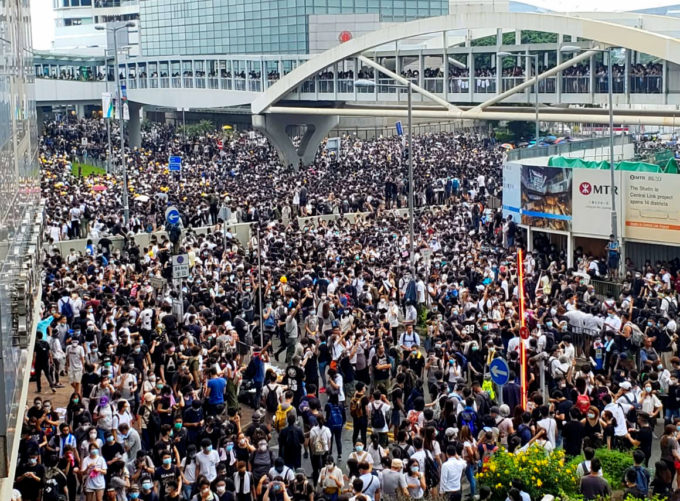 ABOVE: Protesters flooded the streets of Admiralty, where Hong Kong’s legislative council sits, to protest an extradition bill that they say will spell the end to the city’s status as a semi-autonomous region.

Hong Kong’s lawmaking body, the legislative council or Legco for short, is considering a bill that many in Hong Kong believe will be a fatal blow to their civil liberties, and on Wednesday they turned out in massive numbers to protest it.

Residents of this semi-autonomous special administrative region of China enjoy more liberties than do their mainland Chinese counterparts, including a free press and freedom of expression, although many Hong Kong people worry that China has been chiseling away at those rights since the United Kingdom handed over its former colony to the People’s Republic of China in 1997.

The proposed law would allow Hong Kong to extradite fugitives to other countries, including those with which Hong Kong has no formal extradition agreement, including mainland China.

Sources in Hong Kong who, like many of their neighbors, oppose the bill, said on Sunday via email that Hong Kong’s chief executive Carrie Lam pinned the bill on a grisly murder committed in Taiwan, in which both the confessed killer and the victim were Hong Kong residents, saying it is an excuse to curry favor with the Chinese Communist Party. Pro-democracy residents of Hong Kong have accused Lam of being a puppet of Beijing after labeling herself a proponent of the “one country, two systems” principle, which they believe Beijing is openly flouting.

One thought on “News Photo of the Moment: Protests Against Extradition Bill Overwhelm Hong Kong Streets”