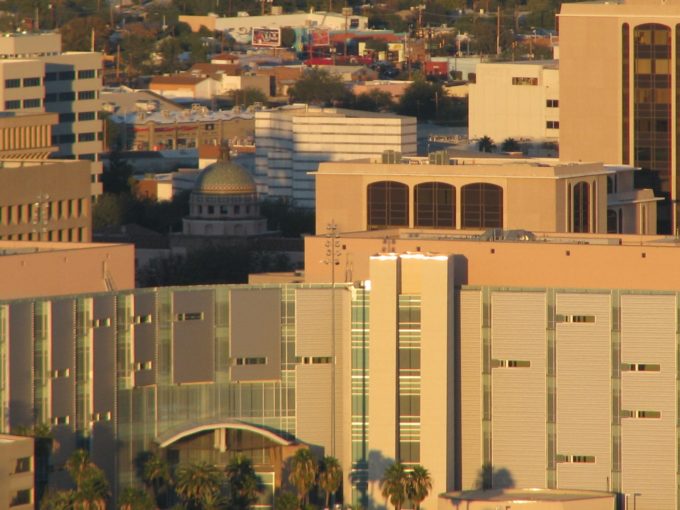 This is the U.S. District Court for the district of Southern Arizona, in downtown Tucson, where a criminal trial ended Tuesday with a hung jury on charges brought by the U.S. Border Protection Services against an activist who had left food and water in the parched wilderness north of the U.S.-Mexico border, to help undocumented migrants traversing it. Tucson sits about 50 miles north of the border.

BPS charged that Scott Warren, a 36-year-old Tucson geography teacher and volunteer for a group called “No More Deaths,” had helped two migrants avoid law enforcement by allowing them to stay in a building in Ajo, Ariz., in the Arizona-Sonoran Desert, where thousands of migrants have died of exposure after crossing the border in search of a better life. Prosecutors argued that BPS officials witnessed Warren giving directions to the migrants that would help them avoid a checkpoint. Warren’s lawyer denied his client did anything but provide humanitarian aid.

BPS had set up surveillance, including a telescope, near the volunteer group’s base of operations in Ajo. “No More Deaths” has been leaving jugs of water and canned beans in the arid desert regions that are most trafficked by undocumented migrants, to help them survive the region’s harsh elements, for 15 years.

Temperatures in the desert can reach 120 degrees in summer. The trial has drawn worldwide attention.