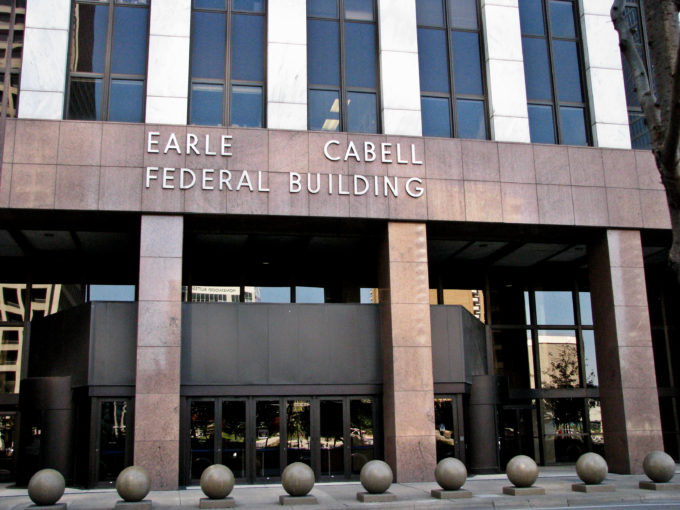 DALLAS, June 17– This is the facade of the Earle Cabell federal office building in downtown Dallas, facing Belo Gardens. It houses the U.S. District Court for the Northern District of Texas, the U.S. Attorney’s office, U.S. Bankruptcy Court, the IRS and other federal government offices. It was the site of a gun attack by Brian Clyde, of Corpus Christi and Austin, Tex., Monday morning according to the Dallas Morning News. He allegedly opened fire on passersby and on the entrance to the federal building, according to several news reports including The News and ABC News. Clyde was shot dead by law enforcement but so far there are no reports that anyone else was killed or injured.