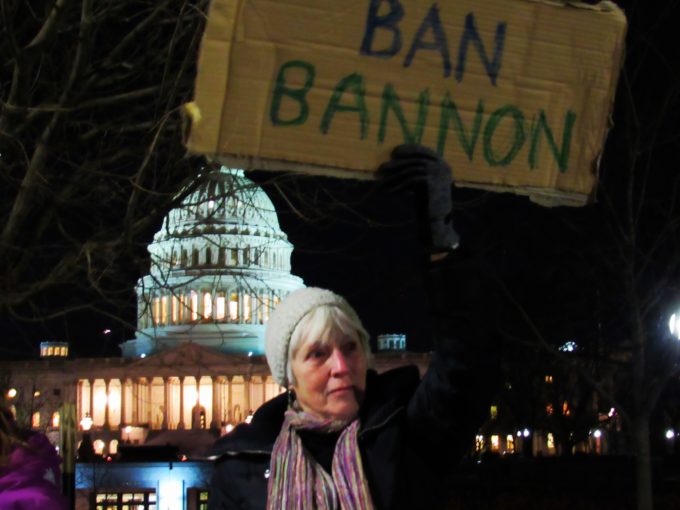 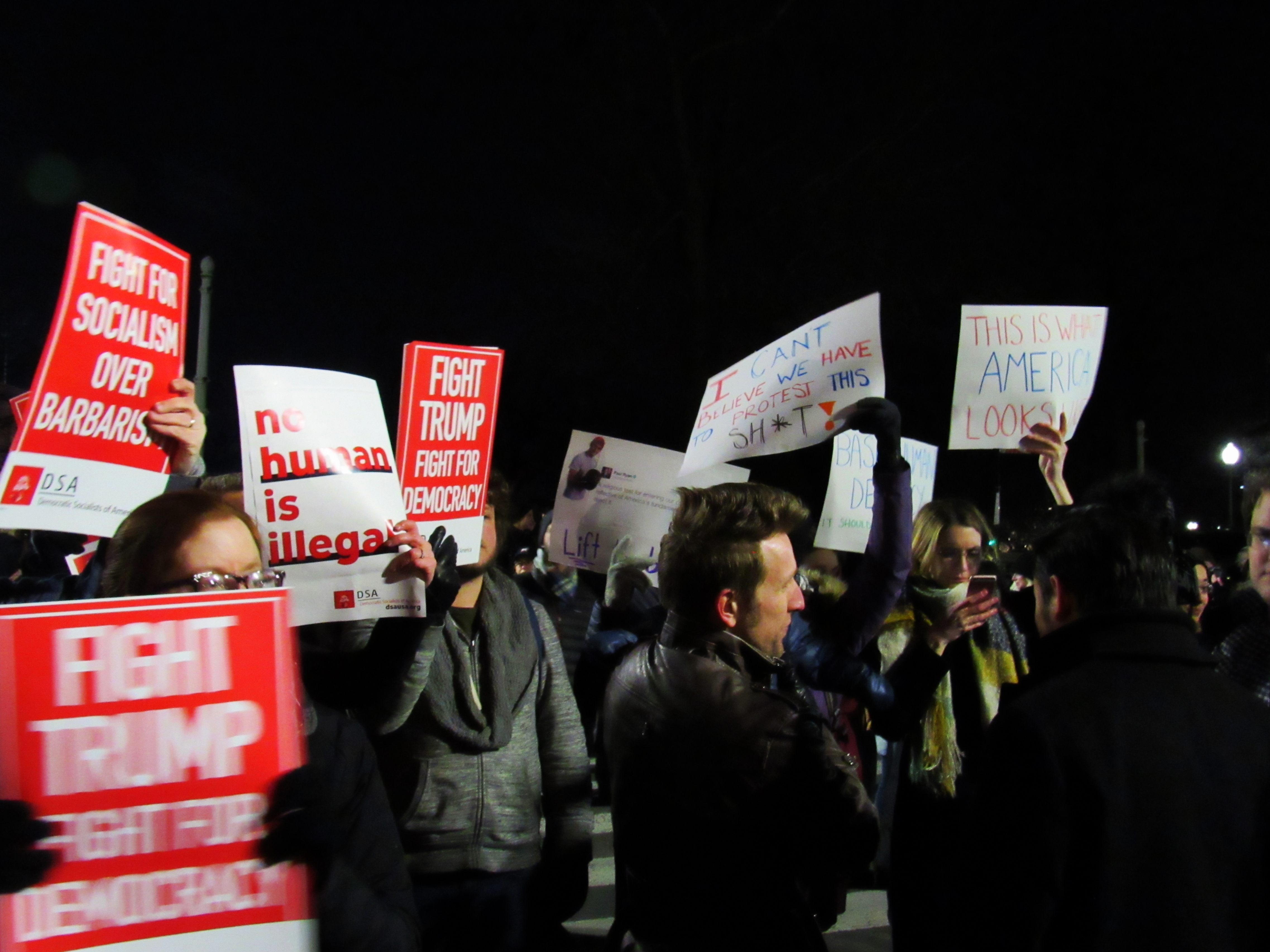 She was not chanting along with the rest of the crowd of about 4,000, there to protest a ban on travelers from seven predominantly Muslim countries implemented by the Donald J. Trump administration earlier in January. She stood on an embankment, her head maybe four or five feet above those of the crowd, and broadcast a sober gaze. A knit cap stretched over her silvery bangs, and her scarf hung around her neck in a neat double loop. The tableau was faintly reminiscent of Sally Field’s final stand scene in Norma Rae. If you were watching movies in 1979, you might remember the scene in which the title character, a textile worker fighting for unionization, climbed atop a table on the factory floor and silently held up a hastily-scrawled sign that read “UNION,” watching wordlessly as one worker shut off her production machine in a defiant gesture against Management (with a capital M), followed by another and another until, one chugging machine at a time, the production floor fell silent. It was a moment of triumph. But whether Bingham Graves — and a lot of like-minded people —  would see such a moment, was far from clear that night.

“We are at war,” she said, when I asked why she was there. “—over what we want to be as a country,” she continued when I looked at her quizzically. “I don’t want to live in a banana republic.”

A little more than two months later, Bannon is still in the White House, although he was removed from his unusual position on the National Security Council’s cabinet-level principal’s committee, The New York Times reported yesterday. The travel ban that people were protesting that cold D.C. night was overturned by a federal court. A similar executive order the White House issued later, also was overturned. The FBI is investigating the apparent ties between the Kremlin and the Trump campaign.

Senate Republicans today made good on a promise to exercise the so-called Nuclear Option after Democrats started their threatened filibuster against Supreme Court justice nominee Neil M. Gorsuch. Now, over the wishes of many, the party that controls the Senate has taken away one of the features of that deliberative body that arguably made bipartisan cooperation part of the process. Now, a simple majority can confirm a U.S. Supreme Court justice.

We are still at war over who we are as a nation.