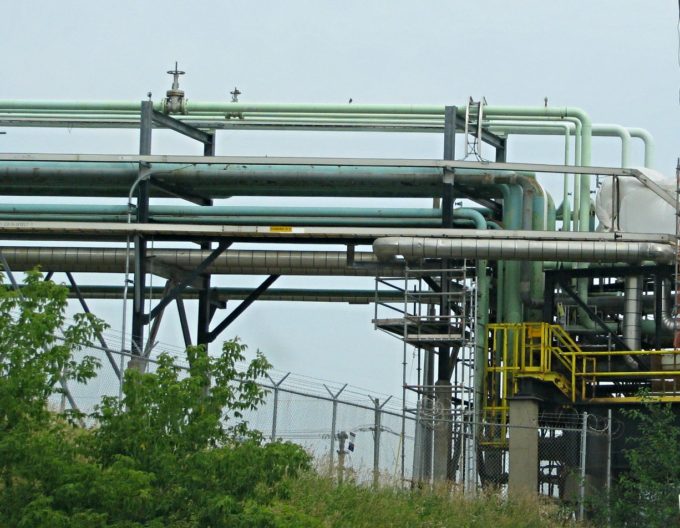 Washington, D.C. — Sensitive, confidential business information belonging to refining companies became the subject of fresh controversy this week when a lawyer representing small petroleum refineries wrote to EPA Administrator Andrew Wheeler Tuesday, admonishing him to refrain from sharing the data with the U.S. Department of Agriculture, which according to letter’s author, was trying to obtain it. But USDA denied that it was looking for any confidential data.

The lawyer, LeAnn Johnson Koch, a partner in law firm Perkins Coie’s Washington office, wrote on behalf of “numerous small refineries” in her July 9 letter to Wheeler, “The information is extremely sensitive from a competitive standpoint, illustrating both the financial and commercial vulnerability experienced by the small refinery petitioning for relief,” noting that as a result, small refineries have “gone to great lengths” to safeguard their CBI.

Johnson cited a June 28 letter to President Donald Trump, signed by thirteen senators from oil-producing states, saying that the lawmakers “accurately argue that, under the Clean Air Act (CAA), the Secretary of Agriculture has no legal authority or role over the decision-making process for small refinery hardship relief.”

Michael McAdams, president of the Advanced Biofuels Association, offered a contrary view. His group took EPA to court over the identities of the exempted small refiners. The case is still pending but court records indicate, and McAdams confirmed, that the petitions, under seal, would be made available for viewing by the litigants under strict secrecy terms.

In reaction to Johnson’s letter, he said that for her “to make a claim that the Secretary of Agriculture, whose responsibility is to make sure the stakeholders he represents aren’t waylaid intentionally or unintentionally by some other federal agency is outrageous. It is absolutely off the charts to say that Perdue doesn’t have a need to see this confidential information when President Trump asked the two agencies, USDA and EPA, to review the SRE application and approval process to make sure the law is followed. It’s off the charts to think that these people can hide behind the curtain and get the SREs for the larger refiners using these semantics gimmicks. It’s bogus from top to bottom.”

For its part, USDA denied Johnson’s statement. An agency spokesperson said on Tuesday via email, “USDA is not requesting confidential business information. It is Secretary Perdue’s job to stick up for and be a voice for America’s farmers, ranchers, and producers, which is why he continues to engage with his colleagues in the [Trump] administration on RFS issues in order to meet the President’s expectations of supporting our nation’s farmers.”

EPA spokesman Michael Abboud, when asked on Tuesday about the letter, wrote in an email, “EPA continues to implement the Renewable Fuel Standard program in accordance with the Clean Air Act, taking into consideration additional direction from Congress, recommendations from Department of Energy, and relevant court decisions. Many aspects of the decisions for exempting individual refineries are based on confidential business information. Publicly available information can be found at our website.” His email did not make any reference to the USDA.

Johnson cited unspecified “recent media reports” that indicated the Secretary of Agriculture “is attempting to gain access” to the confidential information. She did not reply to an email asking for specifics.

Paul Winters, director of public affairs and federal communications for the National Biodiesel Board, said Tuesday,  “The small refiners can try to keep their backroom deals a secret. It’s already public that EPA granted exemptions to refiners that were not eligible. And EPA and DOE will have to answer to congressional oversight sooner or later.”