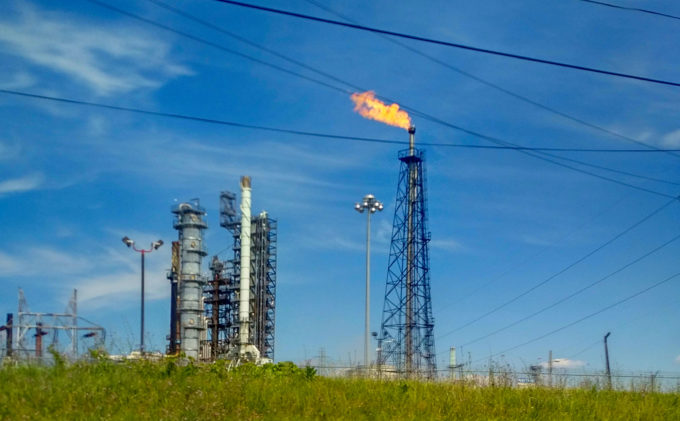 A number of small refineries said they are getting ready to sue EPA over the agency’s inaction on their economic hardship petitions for relief under the Renewable Fuel Standard. Two refineries have identified themselves in letters seen by this reporter but not made public. A third notice of intent came from a law firm that represents “numerous” small refinery owners that are only named in an appendix to the legal notice cover letter filed with the agency. The cover letter was made public, but not the appendix.

All three letters said the agency failed to act on their petitions within the 90 days allotted by the Clean Air Act. The law requires EPA to consult with the U.S. Department of Energy on the petitions. EPA, and not the DOE, has the final authority to act on the requests.

“EPA’s delay in issuing decisions on the 2018 petitions is compounding rather than relieving the harm to small refineries,” Johnson wrote in the July 16 letter. “The uncertainty over whether or not hardship relief will be granted has tied up small refineries’ precious working capital and prevented them from investing in their refineries to make efficiency improvements to remain competitive and profitable.”

Johnson said the refineries she represents were forced to either retire their RINs, the compliance credits known as Renewable Identification Numbers under the RFS, or carry forward a deficit and, “in the meantime, buy more RINs for 2019 compliance that will not be needed if 2018 relief is granted.”

Johnson also accused the Secretary of Agriculture of “attempting to influence the decision whether to grant small refinery hardship relief,” a claim she made in an earlier letter that said the U.S. Department of Agriculture was attempting to acquire confidential business information about the refineries. The USDA, through a spokesperson, denied that the agency was trying to obtain confidential information. But President Donald Trump directed USDA and EPA to review the SRE decision process and report back to him.

Reuters reported last February that Kern Oil & Refining in that same month threatened to sue EPA in federal District Court over its 2017 SRE petitions if EPA did not respond within 60 days of its notice. A search of federal court cases did not turn up any lawsuits filed by Kern Oil & Refining after one was closed in 2007.

Kern, in its latest notice, requested that if EPA grants its petition, the agency provide Kern with “current-year vintage RINs to address the disproportionate economic hardship that it suffered, and continues to suffer, as a result of compliance with the RFS.”

According to information maintained by the U.S. Energy Information Agency, Kern’s Bakersfield, Calif. refinery meets the RFS definition of “small refinery” — that is, its throughput is under 75,000 bbl./day.