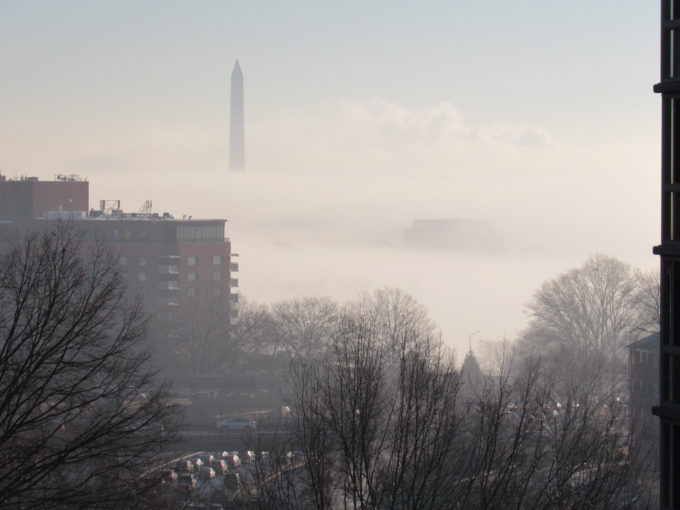 How many Washington bureaucrats does it take to change a light bulb?

Nobody knows, but evidently it takes a surprising number of them to elucidate the terms of ethanol-vs.-oil industry settlement that was midwifed by President Donald J. Trump’s administration.

The administration has for months been foreshadowing a deal, the terms of which are still foggy, intended to put to rest a number of contentious  issues between the biofuels and conventional fuel industries over the Renewable Fuel Standard.

Most people know it takes a lot of bureaucrats to make policy. Under the best circumstances proposed rules are announced to the public after much behind-the-scenes work — via The Federal Register; comments are collected and amendments are made; and so goes the process.

Other times, the specifics are eked (or leaked) out in dribs and drabs; trial balloons are sent aloft; tweets are tweeted. The biofuels deal, so far, has been of the latter variety, and has involved announcements of the official, unofficial, quasi-official and Presidential Tweet variety.

EPA officials now say the black-and-white text of the deal is due out this or next week.

It seems no one has held back their reactions, the lack of hard details notwithstanding, however.

Setting the stage was an August tweet by Trump, announcing that a “giant package” relating to ethanol would make farmers “so happy” and would save small refineries from “having to close.” There was no mention of “happy” in the part about refineries. And it seems in retrospect that perhaps the President chose his words wisely.

Reactions from oil state lawmakers to a deal outlined in a Des Moines Register story first published Oct. 4 and updated Oct. 7, were swift and negative.

Sen. Ted Cruz, R-Tex., said, “Despite clear commitments made by administration officials to pursue policies to contain costs, today’s announcement will hurt blue-collar refinery workers whose jobs are threatened by high RIN prices.” The comment was in response to an EPA announcement that suggested the agency might increase the biofuel blending quotas by an amount related to the number of gallons exempted for small refineries. Depending on the exact wording of the rule, when it is released, that maneuver would have the affect of re-allotting exempted amounts to the remaining obligated refineries that were not exempted.

Sen. John Barrasso, R-Wyo., said in a release that the announced deal would “do more harm than good. No one should be surprised if it leads to closed refineries, lost jobs, and higher fuel prices.”

The morning after the Register story ran, EPA and the U.S. Department of Agriculture announced the general terms of the deal. EPA held a call for reporters in which an official announced the agency would “propose and request public comment on expanding biofuel requirements beginning in 2020,” telling reporters that the proposal would be out officially either this week or next.

EPA said the proposal would “ensure that more than 15 billion gallons of conventional ethanol be blended into the nation’s fuel supply beginning in 2020, and that the volume obligation for biomass-based diesel is met,” and that the action would include “accounting for relief expected to be provided for small refineries.”

To accomplish the changes, EPA said in a press release that regulators would issue a “supplemental notice building off the recently proposed 2020 Renewable Volume Standards and the Biomass-Based Diesel Volume for 2021.”

But Scott Segal, a spokesman for the Fueling American Jobs Coalition, which represents the merchant refinery industry, said, “The comment period on the pending RVO is closed. If EPA were to attempt to jam such an estimated volume into the pending RVO, it would violate administrative process and would not be authorized by the Clean Air Act.”

Paul Winters, director of public affairs and federal communications at the National Biodiesel Board (NBB) took a counter view. He said Wednesday, “EPA has frequently increased final RFS volumes from proposed levels. Courts have consistently upheld the agency’s authority to do so.”

In response to Barrasso’s statement, Winters added, “Small biodiesel producers have already closed their doors and laid off workers because of EPA’s actions. There’s no evidence that small refiners’ viability is at risk from the RFS. Refineries are closing because of mismanagement and fiscal malfeasance, not the RFS.”

Biodiesel is derived not from ethanol, but from soy and a growing list of other types of feedstocks, including animal fat. But like the ethanol industry, biodiesel producers look to the RFS to expand their market share.

NBB responded favorably to last week’s deal announcement. The group’s CEO, Donnell Rehagen said in a release last Friday, “On behalf of NBB’s members and soybean growers, we are grateful that President Trump is taking a huge step to restore integrity to the [RFS]. Biodiesel producers continue to be severely harmed by EPA’s misuse of small refinery exemptions.”

Rehagen said nine producers — in Pennsylvania, Michigan, Texas, Georgia and Iowa — have ceased or reduced operations and laid off more than 200 employees because of EPA’s handling of the SREs. “Today’s announcement is a first step in reversing the loss of production and restoring those jobs,” he said.

Segal added that the move was “bad politics.” He said in an Oct. 1 memo, “It puts union workers in key rust belt states like [Pennsylvania and Ohio] at significant risk. Those guys were essential to the Trump 2016 victory and are actually pleased with his trade policies. They could be lost if the President goes in the other direction or doesn’t offer a ‘win-win’ on this.”

And then there is the matter of how the volumes will be determined vis-a-vis the small refinery exemptions.

Monte Shaw, executive director of the Iowa Renewable Fuels Association told the Des Moines Register for its Oct. 4 story, that the proposal would use a 3-year rolling average of small refinery exemptions to calculate how much demand is lost through waivers, and ask for additional volume in that amount.

EPA declined to confirm that detail during the reporter call Friday morning. However, Shaw this week clarified that the information came from an industry background briefing last Thursday. “Having a credible mechanism was key to many groups feeling comfortable in issuing positive statements,” he said yesterday. Biofuels and agricultural interests came out in support of the announced deal in statements issued Friday morning after details were made public in the news media.

EPA in its Oct. 4 announcement spoke only of the overall volumes, without mentioning specifics of the amounts to be requested to make up for SREs. EPA in its press release said the proposal would ensure that “more than 15 billion gallons” of conventional ethanol would be blended into the nation’s transportation fuel supply.

Trump used a different number. As he announced the U.S.-Japan Trade Agreement at the White House Tuesday, Trump said in passing remarks that the number would be “getting close to 16 billion barrels [sic].” Iowa Lieutenant Gov. Adam Gregg was on the dais for the announcement, and when Trump turned to him to confirm the number, Gregg called back, “16 billion gallons,” correcting the units but not the number.

In response, Trump said, “16 billion gallons. That’s a lot of gallons, so they should like me out in Iowa and in all of the different places [where this policy was wanted].”

EPA Administrator Andrew Wheeler said he felt good about the deal, but that the agency is exercising caution. “I’m afraid somebody will challenge us, but that’s why we were very careful in drafting the rule,” he told the Red River Farm Network Oct. 7.

Wheeler said he thought the terms of the deal represent “a really good balance. We will continue to be able to offer the small refiners their SREs but at the same time we are going to estimate what that number will be and add it to the RFS for next year, so that after the small refiners are exempted, the final number will still end up being 15 billion gallons, so we can provide that 15-billion gallon certainty to the corn farmers and the ethanol industry, while still preserving the SRE for those small refineries that truly are in jeopardy of going out of business because of the RFS.”

Segal said, “the entire concept of prospectively recovering SRE volumes is based on a false premise. The overwhelming consensus of data shows that SREs do not suppress ethanol demand. Additional volume will be satisfied by imports, not American production,” he said.