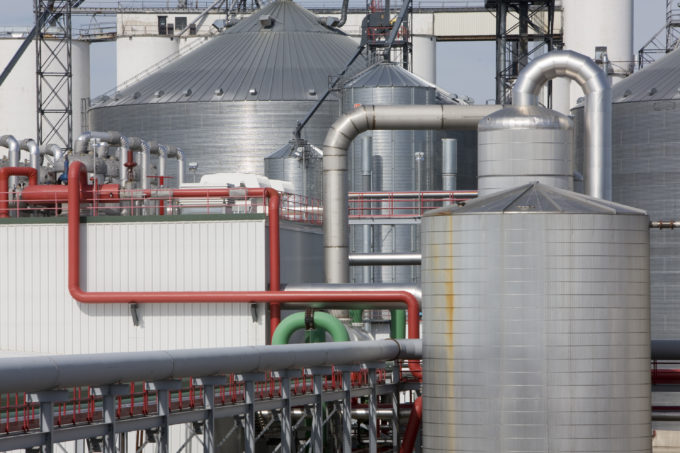 WASHINGTON, D.C. (Oct. 16, 2019)– Farmers and biofuel producers in Iowa are voicing their anger at EPA after the agency released a proposal they say is a far cry from a deal they had reached with President Donald Trump last Thursday on how small refinery exemptions would be handled under the Renewable Fuel Standard.

Monte Shaw, executive director of the Iowa Renewable Fuels Association (IRFA) said today that EPA is “trying to wiggle off the hook” with its latest release. Shaw joined leaders of the Iowa Soybean Association, Iowa Corn Growers Association and the Iowa Biodiesel Board Wednesday morning to express their dismay with EPA’s proposal.

The key provision of a deal they say they struck with the Trump administration Oct. 3, “was that EPA would prospectively estimate SREs granted” to ensure gallons of biofuel waived for small refineries are reallocated back into the RFS. This, they said, would send “a strong market signal that volumes will be met. However, this rule replaces that provision with a new approach that injects great uncertainty into the SRE estimates.”

The proposal is now in a 30-day public comment period. Trump is under pressure to keep both the farming and biofuels contingencies, as well as those in the refining and petroleum industries, happy. Both are important components of his political base and seen as key to his 2020 reelection prospects. Currently, neither side seems happy with his handling of what they call the RFS War. The trade war with China has only made things more difficult on farmers, and thus added to pressure on Trump to act on their behalf.

The supplemental proposed rule EPA released yesterday does not use an average of actual gallons waived for the last three years. Instead, reallocation would be based on a 3-year average of the amounts the U.S. Department of Energy recommended to be exempted, a number that farmers and biofuel producers see as more theoretical than real, given that EPA has ignored those recommendations over the last three years. The RFS law specifies that DOE review SRE petitions and advise EPA on whether to approve or deny them, but the law does not require EPA to follow the DOE’s advice (see sidebar, below, for more on the interagency provisions of the RFS, including a discussion of “partial” exemptions).

Shaw said that yesterday’s announcement “will do nothing to restart” the Iowa ethanol and biodiesel plants that have closed in recent weeks — closures that the farming and biofuels industries blame on the small refinery exemptions.

“We’ve been told that instead of having the deal that the President struck, we have to rely on the good faith of the EPA. It does not ensure that 15 billion gallons [the original renewable volume obligation under the RFS] will be 15 billion gallons after SREs,” Shaw said. “I’m sorry, but why in the world would an Iowan trust the EPA? Look at their track record.” Shaw accused EPA of trying to undermine the RFS over the past two years, by proposing to move the point of obligation off the backs of merchant refiners, and by trying to “move forward with a cap. ‘We’re just going to cap it at 9.7 [billion gallons] because [the American Petroleum Institute] wants us to,'” he mocked. Farmers and biofuels producers have accused EPA many times in the past of capitulating to the demands of Big Oil.

Shaw said that on Oct. 3, that IRFA and “many others were briefed by the White House and EPA on the deal that our officials struck with Donald Trump against very [tough] odds. We would use a 3-year rolling average of actual refinery exemptions” to determine the annual renewable volume obligations for 2020 and later years. “Hearing that mechanism was the absolute key that we needed to get behind that deal because it was real numbers with real accountability,” he said.

The groups represented in Wednesday’s briefing reflect a formidable bloc of Midwestern voters who have in recent months voiced frustration with Trump administration policies — specifically the manner in which EPA has carried out administration of the RFS — and whose confidence in the Republican they helped send to the Oval Office in 2016, has been shaken. The Midwest agricultural sector already is reeling from the effects of Trump’s trade war with China, which has deprived them over the past year of their biggest overseas market for commodities like corn and soy.

Iowa Soybean Association Secretary Dave Walton, who is a farmer, said during the briefing, “A lot of things are outside my control. My former biggest international client is now buying from other countries,” referring to China, which must look to markets other than the United States because of the tariffs imposed on U.S. commodities by the Trump administration. “Domestic policy issues are something that remain in the hands of the federal government and elected officials,” he said, adding, “Polices like the RFS add certainty to my operations and soybean uses like biodiesel add … dollars to my overall production.”

Grant Kimberley, executive director of the Iowa Biodiesel Board, said the RFS is “a major part of our overall domestic demand structure for agriculture in the Midwest and throughout the United States for corn and soybean farmers in particular. This is what we use on the domestic side to really drive our demand.”

He said of EPA’s Tuesday rulemaking that in contrast with U.S.-China trade negotiations, “this is something that was an unforced error. We don’t need to see lost demand of our domestic demand picture as well. This is something that can be easily rectified; this is something that the President said he wanted to be taken care of as well, and so now the EPA has to be held accountable to make sure that they follow through on what the President, and our Iowa Senators [Republicans Chuck Grassley and Joni Ernst] and our Iowa governor [Republican Kim Reynolds] and Iowa Secretary of Agriculture [Mike Naig] all negotiated back in early October.”