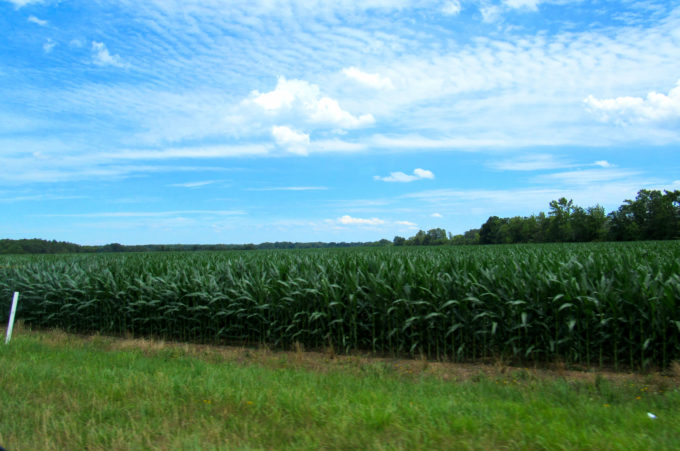 President Donald Trump hinted last week that he was about to unveil a grand bargain that would settle quarrels between Midwestern farmers who grow biofuel feedstocks, and small petroleum refiners who say the cost of a federal stimulus program to advance renewable fuels falls disproportionately on them and is now leading to refinery shutdowns. The government program at issue is the Renewable Fuel Standard, or RFS.

Both constituencies are important to Trump’s 2020 re-election bid and both say they have been damaged by his administration’s policies, but Midwest farmers in particular have been giving Trump political headaches and — separately from the biofuels fight — have sustained economic damage from the year-long trade war with China.

Sound confusing? Well, it is, partly because the President did not offer any details beyond dangling the terms “Ethanol” and “small refineries” in a Tweet.

Trump posted a message on Twitter Thursday that said he is about to deliver a big prize, which he describes as a “giant package” to “the Farmers.” His choice of words suggested that he intends to address the RFS fight — no simple task.

The Farmers are going to be so happy when they see what we are doing for Ethanol, not even including the E-15, year around, which is already done. It will be a giant package, get ready! At the same time I was able to save the small refineries from certain closing. Great for all!

Might sound good to some, perhaps, but it leaves questions.

Whatever the bargain turns out to be, Trump’s moves are limited and may rely on a part of the renewable energy policy that he never discusses and that is not mentioned in the Tweet: biomass-based diesel and renewable diesel.

That is because one of the implements in EPA’s toolbox, should Trump direct the agency to improve the Midwest farm belt’s lot, would be to boost the amount of mandated biofuel blending for 2020 and 2021. “Biofuel” means more than just ethanol; it includes several forms of biodiesel, and allowing growth in that sector could very well be a necessary part of any settlement to the RFS fight. And the biodiesel industry argues it has plenty of capacity for market growth that is not being tapped.

Because ethanol often gets the lion’s share of attention in hearings and in the news media, the corn derivative seems to have become the shorthand for biofuel, much like “Coke” stands in for the entire range of carbonated beverages for people of many cultures, a kind of universal term for “soft drink.” It is unclear whether biodiesel was part of any White House discussions underlying Trump’s informal announcement about an “Ethanol” deal.

“We feel many times we are one of the forgotten pieces of the RFS,” National Biodiesel Board (NBB) CEO Donnell Rehagen said Thursday.

Rehagen said in during a call with reporters Thursday that flat growth in the biodiesel volumes under the RFS and the recent small refinery exemptions (31 given in August by EPA to refiners, adding an estimated $1.43 billion in compliance credits — RINs — back into open trading) “represents a rollback for our market” at a time when the biodiesel industry believes government should be allowing for growth. The Iowa Soybean Association said Aug. 21 that market prices for soybeans, a biodiesel feedstock, are at multi-year lows.

The biodiesel industry has argued repeatedly, and has even sued in federal court over the issue, that it can handle growth and EPA is not giving it the market share under the RFS that the industry has proved it can absorb. On Thursday’s press call, responding to a reporter’s question about growth capacity, NBB’s Vice President of Federal Affairs Kurt Kovarik said, “Biodiesel is uniquely situated in that we’ve always produced above the volume that EPA has set; we do not have infrastructure constraints and we have no feedstock botttlenecks, so capacity to produce well beyond what the government sets” have been consistently demonstrated over the past several years.

In an Aug. 23 letter to Trump, a group of soybean producer associations from 10 Midwestern states wrote, “Your EPA recently proposed a rule for the 2020 RFS standards that sends a chilling signal that the market for biodiesel and renewable diesel will be capped. And then the agency topped that off by further rolling back those volumes through additional small refinery exemptions. More than that, EPA has proposed to ignore a Court order to restore gallons to the RFS program that it unlawfully reduced in 2016.”

Underlying all of the controversy over volumes, however, is a surfeit of small refinery exemptions under the RFS, and no discussion of the mandated volumes is complete without taking into account these waivers because, farmers and biofuel producers argue, they cancel out much, if not all, of the increased blending volumes that Congress intended to help develop biofuel markets.

For the 2018 compliance year, EPA handed out an estimated 1.43 billion gallons worth of blending waivers, and in so doing, returned $1.43 billion in RINs to refiners and other obligated parties who bought the RINs during 2018 to comply with the minimums pending the outcome of their petitions for exemptions, through 31 small refinery exemptions.

If EPA continues to hand out small refinery exemptions at the same rate as the past two years, it will reduce biodiesel demand by 2.54 billion gallons and cause a $7.7 billion loss for the industry, according to University of Illinois economist Scott Irwin.

Soybean farmers are not the only group pointing out that the federal government is ignoring potential growth in the use of biodiesel. A bipartisan group of 39 U.S. senators, many of them (but not all) from the Midwest,  wrote that they thought EPA did not raise the mandated 2020 volume for biomass-based diesel enough after the agency released a proposal for modest increases last summer.

“While these proposed increases are encouraging, these volumes continue to underestimate the existing potential of the biodiesel and renewable diesel industries in our states,” the senators wrote. “We believe the biodiesel industry can do more and that EPA should demonstrate more confidence in the RFS program’s ability to drive growth. Increasing biomass-based diesel and advanced biofuel volumes would encourage investment in capacity and new fuel development.” EPA did not heed their advice.

Republican Sens. Chuck Grassley and Joni Ernst of Iowa, were among the signers.

All-important Iowa — electorally speaking — sits at the heart of the debate. Not only is it a big biofuel producer and agricultural jugarnaut, it has in Grassley and Ernst two renewable energy champions in the Senate. The renewable fuels industry there accounts for nearly $5 billion of Iowa’s gross domestic product, generates more than $2.4 billion of income for Iowa households and supports almost 47,000 jobs throughout the entire Iowa economy, Gov. Kim Reynolds told EPA last year in a hearing.

Iowa’s interests encompass both the ethanol and biodiesel components of the RFS.

NBB’s Rehagen concluded, “My original point — it seems that there’s always an emphasis or connection to ethanol in the RFS. Biodiesel and renewable diesel are never thought of as much, even though we have a huge impact. We hope the President understands that biodiesel must be considered in that list, and moreover, restoring the demand under the RFS is the only thing that can help the biodiesel industry.”

As of publication of this article, there was is no word on when or how the White House may roll out the announcement of an RFS deal.