I had known they existed, but I’d never met one before nor even seen one up close, at least not that 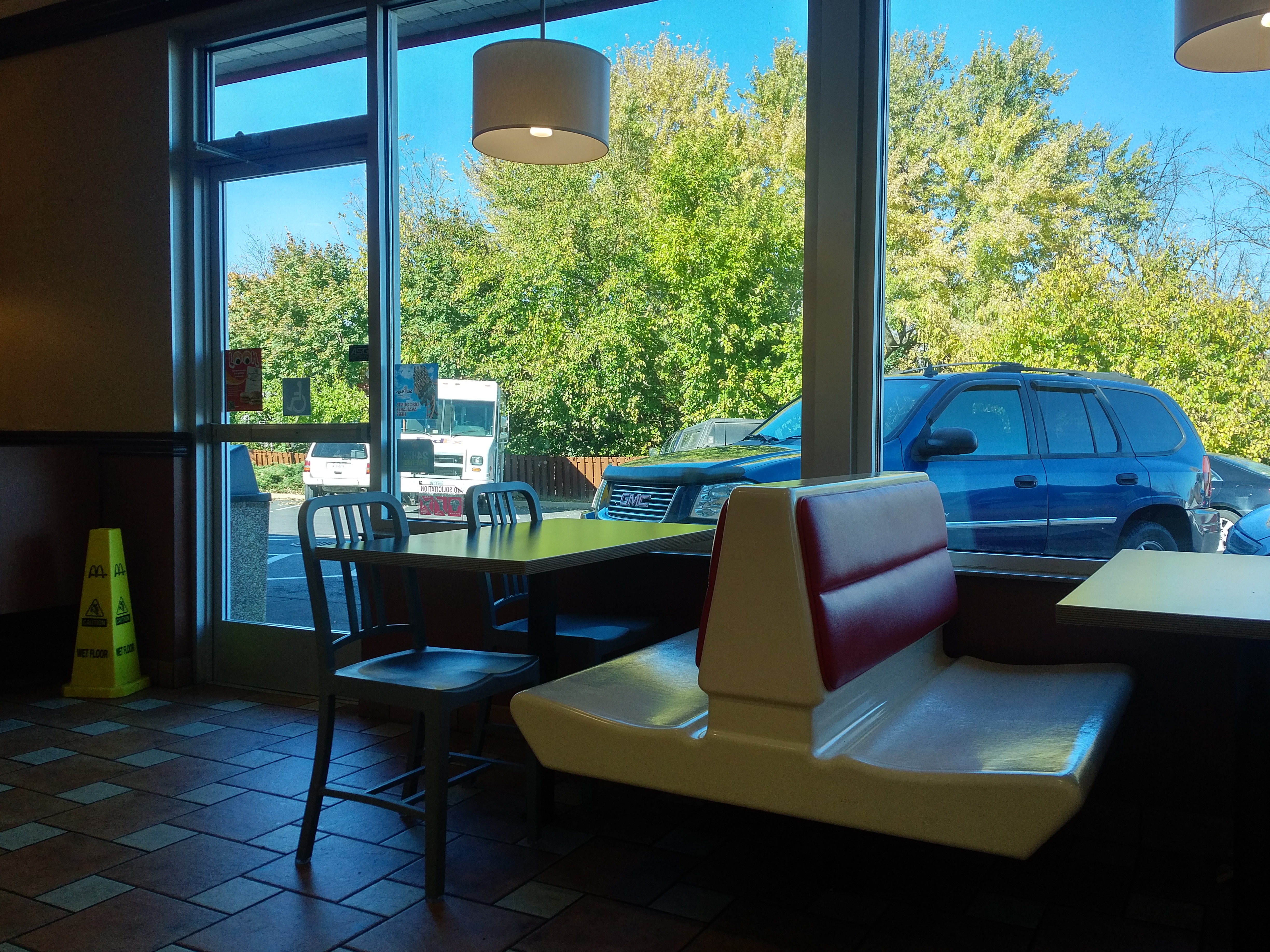 I’ve known. There have been suspected sightings. And there had been conversations that I ended before they progressed far enough for me to tell, and I certainly wasn’t going to ask. Supposedly there are a lot of them.

I am talking about Hardline Trump Voters, and I saw one the other day. I am not talking about Trump-leaning, or likely Trump voters or registered Republicans per se. I am referring to Trump’s hardcore base, the impenetrable ones on whom the other side doesn’t even waste money or energy trying to reach. In a McDonald’s on the outskirts of Winchester, Va., four days before Super Tuesday, he materialized, wearing a T-shirt.

We were embarking on a road trip to Pittsburgh and other points around southwest Pennsylvania, from Washington, D.C., a pair of big city liberals on an autumn drive, about to traverse the reddish countryside, and I am not referring to the changing leaves. We needed a quick lunch before hitting the road in earnest, just about an hour out of Washington.

The cashier, a young black woman, was the only cashier on duty and she was talking to a customer whose back was to me. I took my place in line.

“So, what’s so great about Trump/Pence?” I heard her say to the customer, a man. She was staring at the front of his T-shirt, which I could not see. She was not asking if he wanted fries with that.

The man stepped back and indeed he was wearing a screen printed T-shirt with a very large “Trump/Pence” logo that took up the whole front of the shirt.

I was as startled by her bold question as I was by his sartorial sensibilities. As the man cleared his throat to speak, I thought, shouldn’t I start getting impatient now? Normally I might have given her a look that said, “While you have just invited a Hardline Trump Voter to hold forth on his politics, I will be waiting till sundown to be served. And, by the way, should you be doing that?” But it was four days to the election, I was about to drive through a part of the country ravaged by deep changes in the world economy, hit hard by the loss of manufacturing jobs and by the Great Recession, and I wanted to hear everything these two had to say to each other.

I wanted him to answer and I wanted her to ask follow-up questions. Food could wait.

“Well, it’s simple,” said the man, who was trim and looked to be in his sixties. He was white. His hair looked dyed.

He spoke like what I imagine a farmer talks like, which is to say, I thought he sounded like and had the deportment of a farmer even though I know that would involve an uninformed generalization and I don’t really know what I’m talking about. He was plain-spoken and sure of himself and seemed like he could be a little bit tough.

“Hillary wants to raise taxes and she’s gonna raise health care.” He said this the way a teacher would talk to a pupil. I presumed he meant to add the word “premiums” to the end of that participle.

“And Trump’s gonna lower your taxes and look at other options for healthcare.”

“My, that is simple,” I thought. “Why did I waste all that time watching three painful candidate debates?”

The cashier gave a polite, “oh,” and that seemed to be a signal for the Hardline Trump Voter to continue.

“See, Hillary is gonna make your taxes go up, and we don’t need anymore of that,” he said to the young woman whose taxes would not go up under a President Clinton tax plan.

“Trump is gonna lower your taxes,” he went on, to the worker whose taxes wouldn’t be touched by a Trump tax plan because she undoubtedly is not a millionaire.

“Well, who doesn’t want lower taxes?” said the employee, and she acknowledged me, for the first time, with a smile. I thought she might have been indulging him or even ridiculing him, but she seemed too kind for the latter.

“I don’t get into politics that much,” she professed.

I thought she must make minimum wage, something that the Hardline Trump Voter didn’t seem to think of.

Also, I didn’t think of farmers as people who dyed their hair. I guess I’m wrong, or he’s not a farmer.

I also thought that maybe when he spoke to her, it did indeed occur to the Hardline Trump Voter that his ill-informed analysis of the tax policies of both candidates did not apply to the McDonald’s employee, but he didn’t care. Maybe he didn’t even think she was an American, even though she totally looked and sounded American, for what that’s worth. Maybe she wasn’t his kind of American.

I thought he probably already had healthcare coverage, maybe through a public program like Medicare, or his employer if he wasn’t a self-employed owner of a farm or a farm equipment company, or through his own individual policy. Maybe he was a small business owner miffed at having to provide coverage for his employees.

Never mind that the McDonald’s employee might not have had insurance coverage. She was the one who asked him why Trump and Pence were so great, and he was answering the question. Never mind her. She was just there to take his order and give him his change. He would forget about her until the next time he came into McDonald’s to order a Quarter Pounder with cheese and fries and a Diet Coke. It might be her, or it might be another employee on duty. Maybe it would be a Mexican-American employee with no healthcare coverage. Or, more to the Hardline Trump Voter’s chagrin, a Mexican-American employee with mandated healthcare coverage.