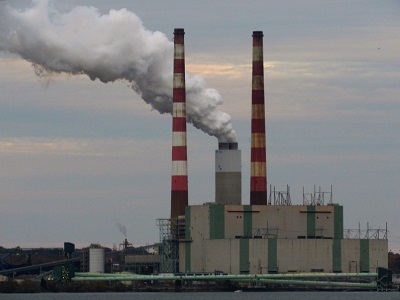 If you’re a news junkie in the D.C. area and you’ve been following the proposed Pepco-Exelon merger drama for the past couple of years, you might know that at 1:54 p.m. today, the Washington Business Journal announced that D.C. Public Service Commission — the last regulatory hurdle to the $6.8 billion all-cash tie-up of energy giant Exelon and local utility Pepco — after once having rejected a bid for the two to unite and give birth to an East Coast behemoth with 10 million customers, suddenly approved the megadeal in a 2-1 vote. The Washington Post called it a “surprise move.”

Opponents of the deal, including grass-roots coalition PowerDC, called it a rip-off. “By approving the merger, the PSC has exposed our city to decades of higher rates, weakened its own ability to guide our city’s energy future, and helped ensure that DC will fall behind the rest of the US on clean, efficient energy,” said a statement on the coalition’s website.

The Post’s Thomas Heath and Aaron C. Davis wrote it is “widely expected those customers will see higher electric rates — possibly as soon as this summer — as has happened in Baltimore and other cities” when Exelon acquired Constellation Energy.

Stakeholders can go for an injunction. “The commission order is slated to go into effect after a 30 day period in which parties can file for reconsideration. If any petitions are filed, the commission’s order on the merger will be stayed until regulators evaluate them,” says UtilityDive, a blog.

But at 6:22 p.m., not even five hours after it first reported the PSC had approved the deal, the Washington Business Journal posted this: That was fast: Pepco and Exelon complete their merger. Wow. Apparently, Exelon, sitting on a lot of cash, was locked and loaded.

“Opponents of the deal have 30 days to ask the commission to reconsider the deal, and if that is rejected they can appeal in court,” wrote WBJ staff reporter Andy Medici. “But the completion of the merger transaction largely takes an injunction off the table, although it is likely opponents will ask the PSC to reconsider its decision.”

Good luck with that.

2 thoughts on “Up in Smoke: Any Chance of Halting Creation of the Utility Monster that Ate Cleveland. And Baltimore. And, …”